If you have a little free time this spring and are willing to take a drive, you will want to experience the Dinosaurs Unearthed Exhibit at the Grand Rapids Public Museum. Ann Luke from The Roosevelt Street Blog is here to tell us all about it!

A few weekends ago we made our way to Grand Rapids to go to a children’s ballet production of Shakespeare’s A Midsummer Night’s Dream  and the Dinosaurs Unearthed exhibit at the Grand Rapids Public Museum– an odd, but fun, combination of activities!  While the Grand Rapids area is where I grew up and I have family we can visit and stay with, it’s honestly not a bad day trip from Southeastern Michigan.  It’s an easy two hour drive to get there, and I think it is a super family-friendly town with lots to see and do.

I don’t know about you, but I continue to find dinosaurs fascinating, and I love opportunities to share them with my kids to help all of us learn more about them. The Cranbrook Institute of Science which, in addition to their regular collection, currently has a special exhibit called Dinosaurs – The Lost World  on display until the end of June.  While the skeletons are interesting for my kids, exhibits like Dinosaurs Unearthed that use animatronics really bring dinosaurs to life in a way that skeletons can’t.  Watching the dinosaurs move and make noise is especially captivating. 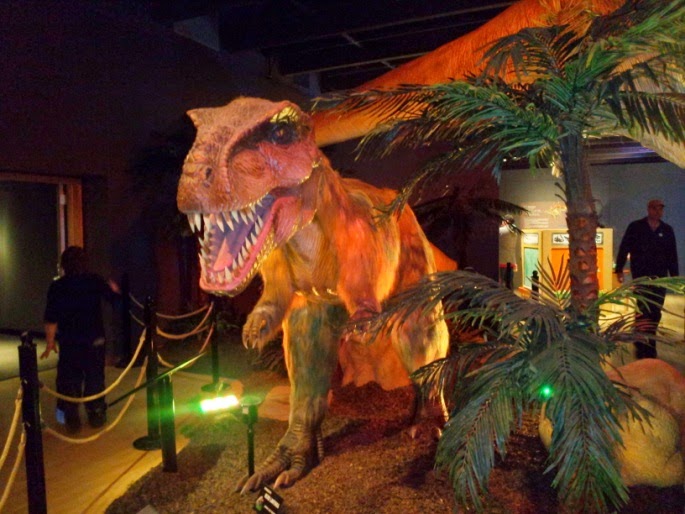 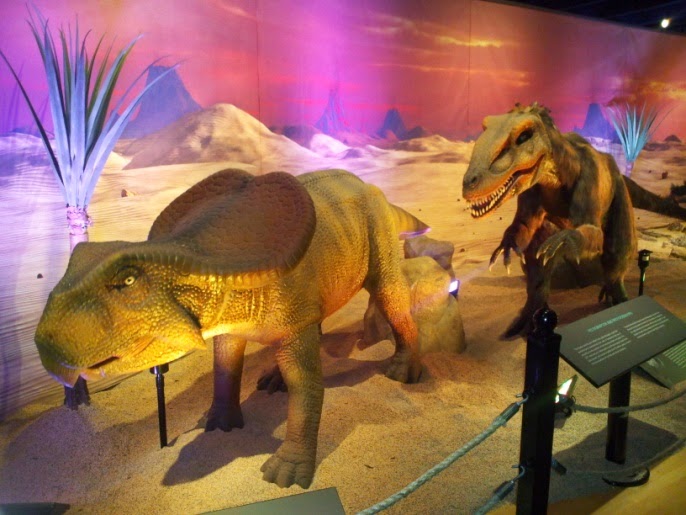 This exhibition on display in Grand Rapids is focused on feathered dinosaurs and their connection to modern day birds.  It showcases fossil evidence that has led scientists to now believe that dinosaurs are the ancestors of modern birds instead of reptiles.

They also do a great job of interactive stations for kids.  My younger daughter enjoyed playing with the dinosaur figures and digging for dinosaur bones, while my older daughter spent a lot of time with the various skeleton puzzles. 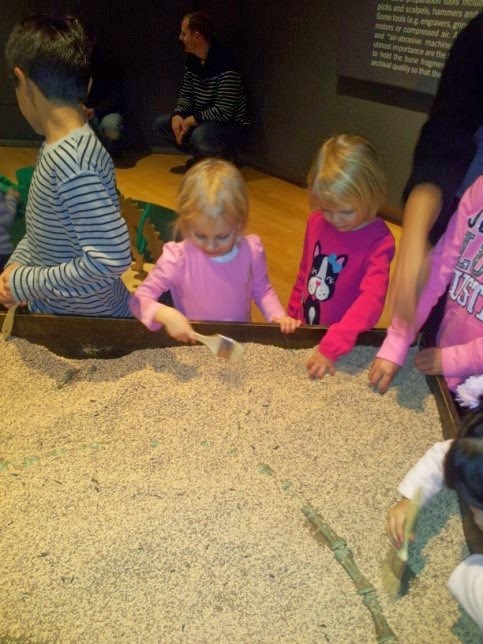 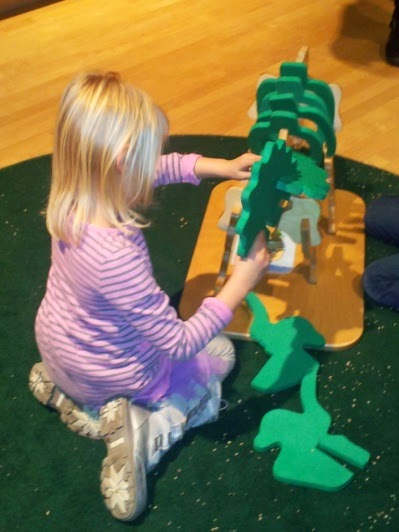 After you’re done learning all about these feathered dinosaurs, the rest of the exhibits in the museum are worth exploring too.  We especially love to step back in time and walk on the brick streets through a re-creation of Grand Rapids in the 1890s with their Streets of Old Grand Rapids exhibit

Their planetarium is also excellent!

And kids young and young-at-heart won’t want to miss a ride on their carousel. 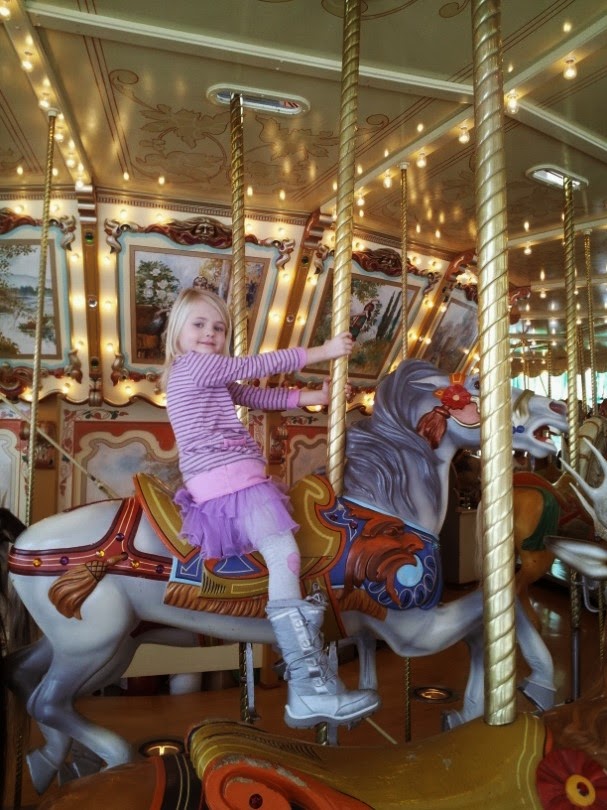 If you go, I highly recommend a stop at The Cottage Bar for lunch or dinner.  Located not too far from the museum, they are the oldest operating bar and restaurant in downtown Grand Rapids – in business since 1927!  It’s a casual, family-friendly joint with good burgers and chili.  Apparently they were even voted best burger in Michigan in 2010 by USA Today.  Just make note that they are not open on Sundays. 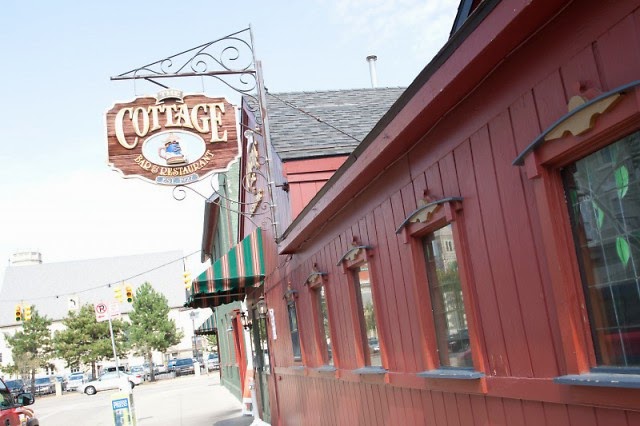 We were also truly impressed with the quality of the Creative Arts Repertoire Ensemble (CARE Conservatory of Ballet). The performances last an hour, which is perfect for young audience members, and are designed to introduce families to dance by presenting condensed versions of classic ballets as well as original ballets based on children’s literature.  We have heard their original production of ‘Twas the Night Before Christmas is delightful, and we have already marked the calendar to take part in this holiday tradition next year!

The Dinosaurs Unearthed exhibit is only open until April 27, so hurry! I look forward to sharing more of my favorite west side hometown spots with you in the future!